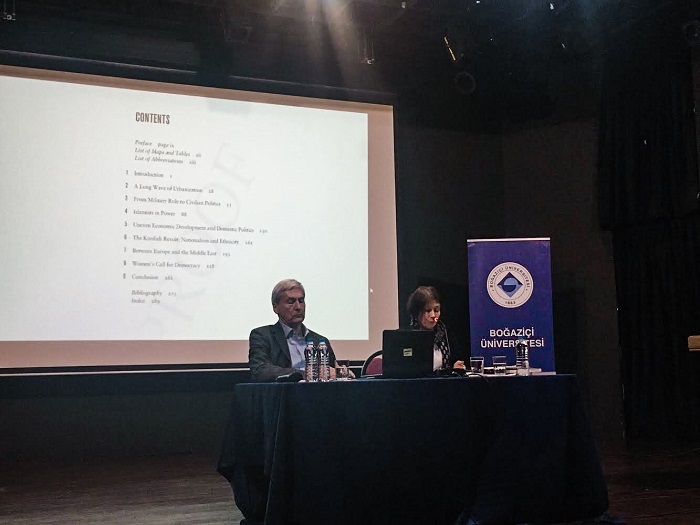 The Department of Political Science and International Relations and The Ataturk Institute for Modern Turkish History organized a book launch by Professor Yeşim Arat and Professor Şevket Pamuk titled Turkey Between Democracy and Authoritarianism. 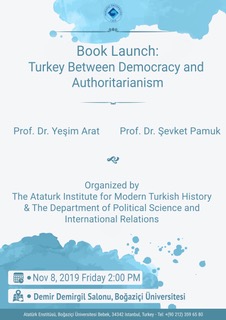 Since the 1980 military coup in Turkey, much of the history and politics of the country can be described as a struggle between democracy and authoritarianism. In this accessible account of the country's politics, society and economics, the authors delve into the causes and processes of what has been called a democratic 'backsliding'. In order to explore this, Yeşim Arat and Şevket Pamuk, two of Turkey's leading social scientists, focus on the mutual distrust between the secular and Islamist groups. They argue that the attempts by a secular coalition to circumscribe the Islamists in power had a boomerang effect. The Islamists struck back first in self-defence, then in pursuit of authoritarian power. With chapters on urbanization, Kurdish nationalism, women's movements, economic development and foreign relations, this book offers a comprehensive and lively examination of contemporary Turkey and its role on the global stage. 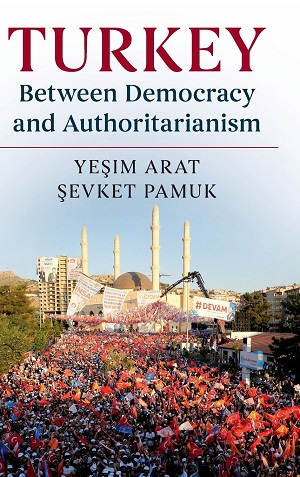 'What happened to Turkey? How did the promise of a vibrant democracy in the Middle East sour? How did Turkish politics become a one-man show? Yeşim Arat and Ṣevket Pamuk tackle head-on Turkey’s descent into the growing ranks of authoritarian, nationalist regimes. Turkey’s budding democracy in the 1980s and 1990s, they argue, was illiberal, fostering growing tensions between secular and religious sectors. And, once the Islamist party was able to prevail in national elections, it cast aside the rule of law. This book is a must read for anyone who wants to understand, not only Turkey, but authoritarianism’s tightening grip worldwide.'

'Arat and Pamuk convincingly show how socioeconomic change and growing mistrust among secular and Islamist elites led to the breakdown of democracy in Turkey. Their account provides important and sobering lessons for our time: even countries that have achieved impressive economic gains are not immune from democratic backsliding in the face of destabilizing socioeconomic change and political polarization.'

'This book, written by two leading and erudite scholars of Turkish society, is certain to become an invaluable reference for all students of Turkey. It requires special skills to harmoniously bring together sociological, political, economic and historical perspectives under a single analytical umbrella and the authors perform this task admirably. I will venture to predict that Arat and Pamuk’s work will become an indispensable source not only for experts but for a much wider audience.'