A book talk on Bonnie Honig's A Feminist Theory of Refusal

Title: Fabulation and the Right to the City: Political Intoxication in Hartman, Arendt, and Euripides’ Bacchae

A Feminist Theory of Refusal argues that refusal is not the entirety of any politics, but it is a necessary part of any decent democratic politics and it is often needed by dissidents or minorities who, for no good reason, lack voice or power in current institutional arrangements.  ‘A Feminist Theory of Refusal’ offers a critical examination of three refusal concepts in political theory — inoperativity (Agamben), inclination (Cavarero) and fabulation (Hartman) — reading Euripides’ Bacchae through the lens of each of these concepts and then, recursively, offers “bacchae” readings of each of the concepts, finding their limits, expanding their promise for refusal. Honig depathologizes the women of the Bacchae and reconsiders them in connection with contemporary Bacchaes from recent film, drama and literature. In her lecture for Bogazici, Professor Honig will present the work on Saidiya Hartman and Hannah Arendt, entitled  Fabulation and the Right to the City: Political Intoxication in Hartman, Arendt, and Euripides’ Bacchae. 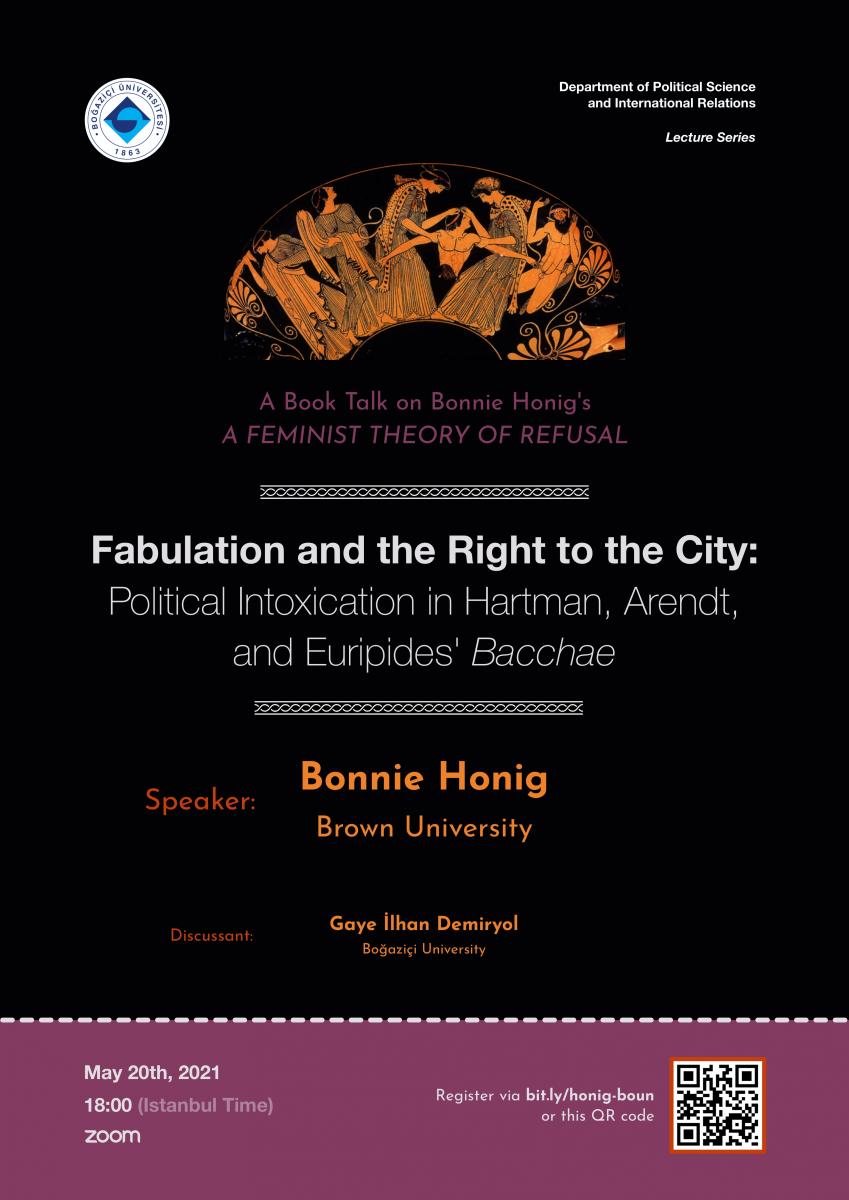 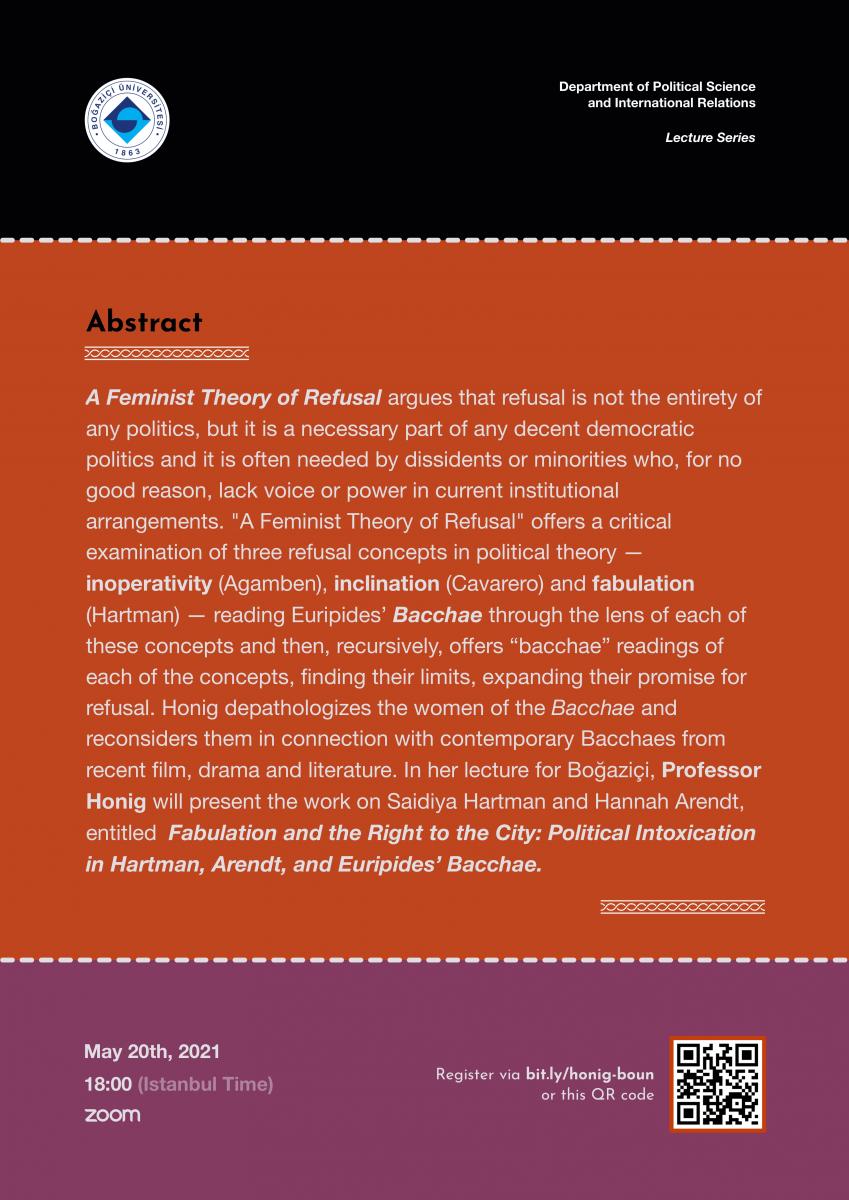