Title: Me the People: How Populism Transforms Democracy

Populist movements have recently appeared in nearly every democracy around the world. Yet our grasp of this disruptive political phenomenon remains woefully inadequate. Politicians of all stripes appeal to the interests of the people, and every opposition party campaigns against the current establishment. What, then, distinguishes populism from run-of-the-mill democratic politics? And why should we be concerned by its rise?

In Me the People, Nadia Urbinati argues that populism should be regarded as a new form of representative government, one based on a direct relationship between the leader and those the leader defines as the “good” or “right” people. Populist leaders claim to speak to and for the people without the need for intermediaries—in particular, political parties and independent media—whom they blame for betraying the interests of the ordinary many. Urbinati shows that, while populist governments remain importantly distinct from dictatorial or fascist regimes, their dependence on the will of the leader, along with their willingness to exclude the interests of those deemed outside the bounds of the “good” or “right” people, stretches constitutional democracy to its limits and opens a pathway to authoritarianism.

Weaving together theoretical analysis, the history of political thought, and current affairs, Me the People presents an original and illuminating account of populism and its relation to democracy. 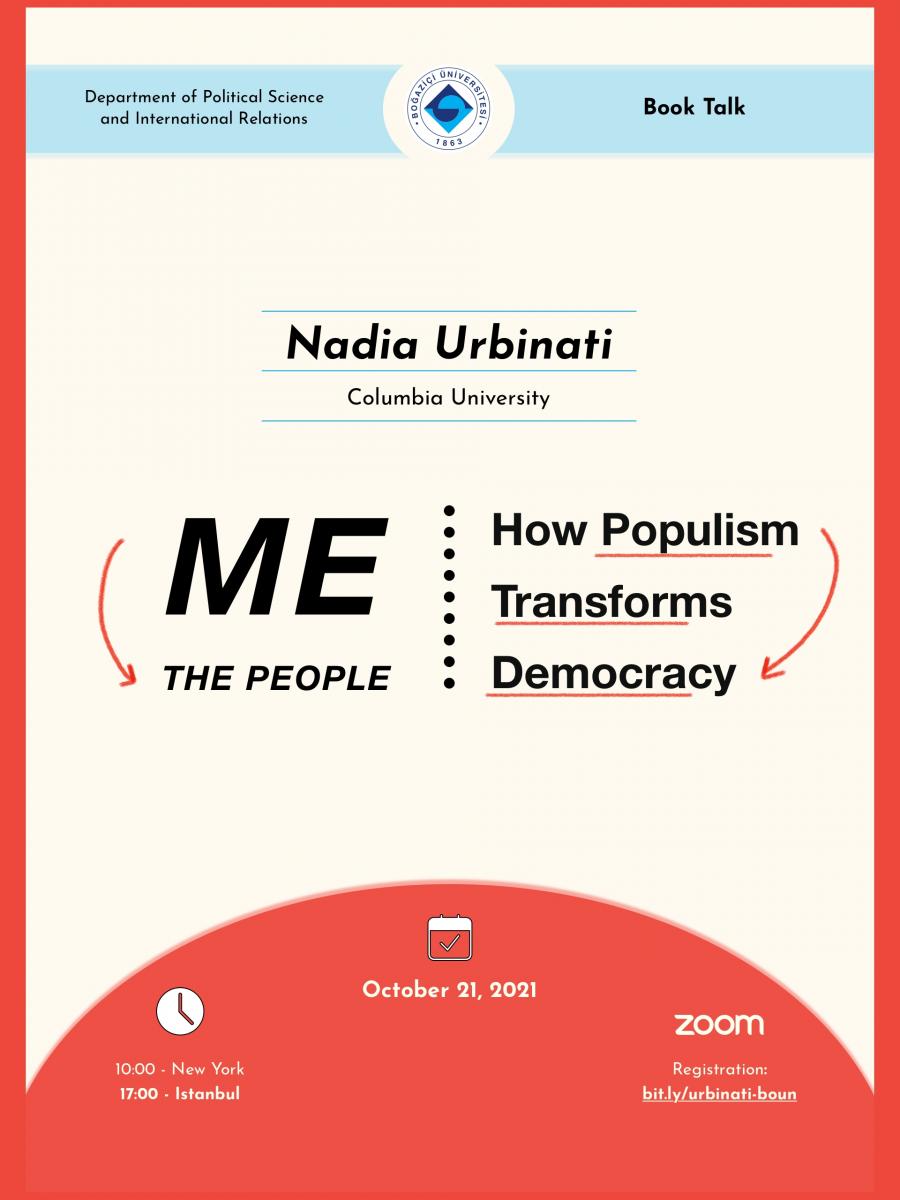 "About the Book" Flyer 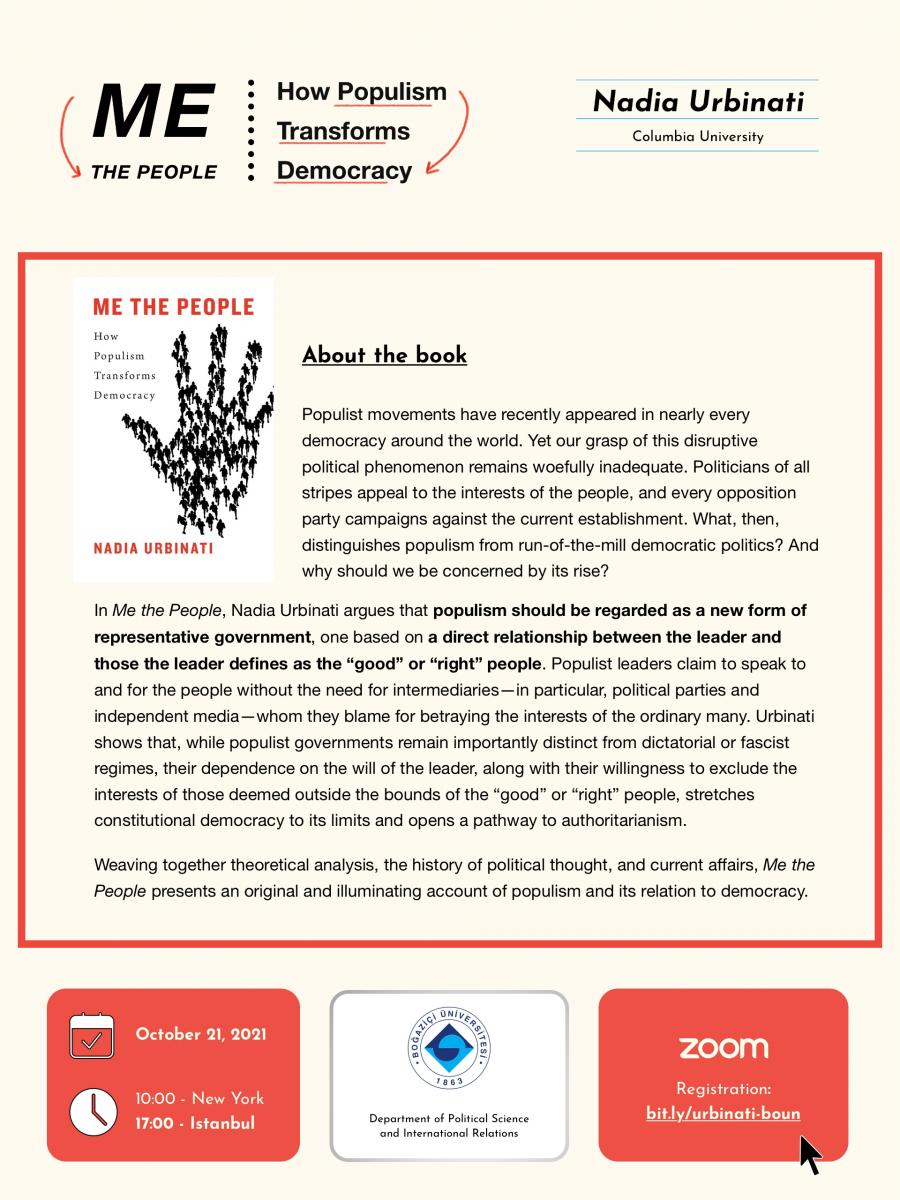